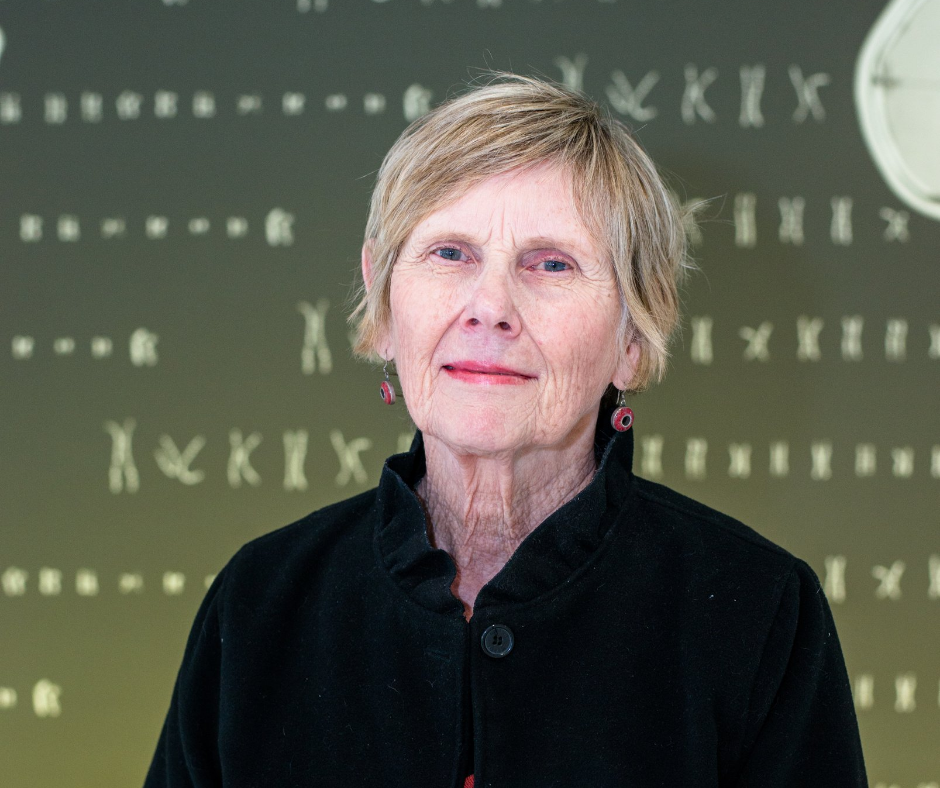 Carole Kagi joined the NCARD Consumer Advisory Panel at the end of 2018. She’d rung to rsvp for the NCARD Community Forum held in November, and got talking with the NCARD Admin Officer, Tracy Hayward. “I think I’ve just spoken to a possibly perfect candidate for the Consumer Advisory Group” emailed Tracy to the NCARD Director, Prof Anna Nowak, who agreed.

When Carole first became a consumer representative it was on her retirement 10 years ago from an extremely demanding and varied career as a Social Worker in the State and Commonwealth Public Services. She still “wanted to make a difference”. She firstly joined the Ministerial Advisory Council for Disability for four years as her eldest son Paul has  a number of disabilities. Then for two years Carole was a member of the Sir Charles Gairdner Hospital (SCGH) Human Research Ethics Committee. She enjoyed the diversity of the membership – ethicists, medicos, lay and pastoral care – and the fact that everyone was respected and heard; the work was challenging, with three days of preparation for every meeting, with  difficult medical language. Carole also completed an online course on Ethics through RMIT.

She is currently a member of the SCGH Community Advisory Council, which ensures the voice of consumers at the hospital are heard.

Carole’s father was an electrical engineer at Wittenoom, having worked at Cockatoo Island in the Buccaneer Archipelago in the Kimberley for 5  years. The family lived in housing provided for the CEO and senior management in Wittenoom Gorge, rather than the township, where it was relatively cool, with a creek and waterhole. Carole describes her parents as “progressive”. They ran the local outdoor cinema, using its concrete floor for dances and even roller skating, and brought in a hypnotist. Carole’s mother challenged some of the accepted norms of the time and place, allowing the Aboriginal stockmen from Mulga Downs who came on Saturdays dressed in their cowboy best to sit wherever they liked, rather than the concrete floor in front of the seats. The cinema eventually moved up to 35 mm, and offered a bit of unwelcome competition to the local Mario’s Café on the nights it was open, selling various treats and snacks that were hard to come by in Wittenoom.

Carole went to boarding school in Perth, but spent holidays at Wittenoom. She recalls nothing being said about the dangers of asbestos, but remembers that every year an X-ray van came to town and everyone was X-rayed, without explanation.

Carole’s father eventually suffered a terrible accident, when equipment he was working on was struck by lightning; he fell and sustained brain damage, and could no longer work as an engineer. By the time this happened and her parents left Wittenoom, she herself was already living in Perth to attend university. In 1994 Carole’s father was diagnosed with mesothelioma. He was offered a paltry sum of compensation by CSR and the Government and, aided by both the Asbestos Diseases Society and Slater & Gordon and feeling they had nothing to lose, they took the case to mediation. She believes that his being there in person, with the lawyers having to face a dying man, made a difference, and a sum nearly three times the original was settled. Carole’s father lived with mesothelioma for 18 months, treated with pleural drainage, and died aged 84. The irony of Carole’s Mum living to 90, despite constantly sweeping the cinema floors dusty with asbestos and also smoking heavily was not lost on the family.

Carole enjoys being a consumer voice for NCARD researchers, and has worked directly with Dr Alison McDonnell, Dr Jon Chee and Dr Kofi Stevens on grant submissions and reviews, as well as being a member of the panel. Her input is to ensure that the research is communicated in a readable and meaningful way, without being lost in acronyms and jargon, and that research doesn’t “forget about people” with side effects and negative consequences, that it’s “humanised”. The researchers in turn have found Carole’s input thoughtful, thorough and very helpful.