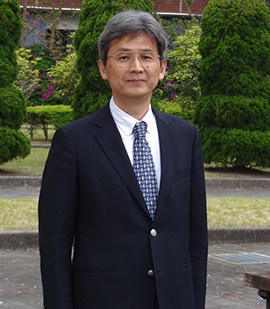 We are delighted that Professor Ken Takahashi, who has just stepped down from the Directorship of the Asbestos Diseases Research Institute in Sydney, has been conferred with the title of Adjunct Professor within the School of Population and Global Health at UWA.

Prof Takahashi is recognised as a global expert in asbestos, particularly by the World Health Organisation (WHO). He was appointed by the WHO Director-General to the Roster of Experts in Chemical Safety (Environmental Epidemiology) in 2012, and served as the Head of the WHO Collaborating Centre (WHO-CC) for Occupational Health at University of Occupational and Environmental Health (UOEH), Japan for more than 10 years. During his 5 year tenure as Director of the Asbestos Diseases Research Institute (ADRI) in Sydney he led ADRI’s international cooperative activities in Asia to earn its designation as the world’s first WHO-CC for the Elimination of Asbestos Related Diseases.

Prof Takahashi has been an invited speaker on asbestos issues for nearly 20 years, and has been a consultant, advisor and invited speaker for the WHO to countries including the Philippines, Laos, Thailand, Viet Nam, Mongolia, Singapore, Malaysia and his own native Japan. He has led the international cooperative activity dubbed the “Asian Asbestos Initiative,” funded by the Japan Society for the Promotion of Sciences, which was later recognised by the WHO as a “WHO-CC Success Story.”

We are thrilled that this wealth of expertise and global perspective, together with Prof Takahashi’s considerable passion and determination, will compliment the decades of research work in asbestos in the School of Population and Global Health at UWA.