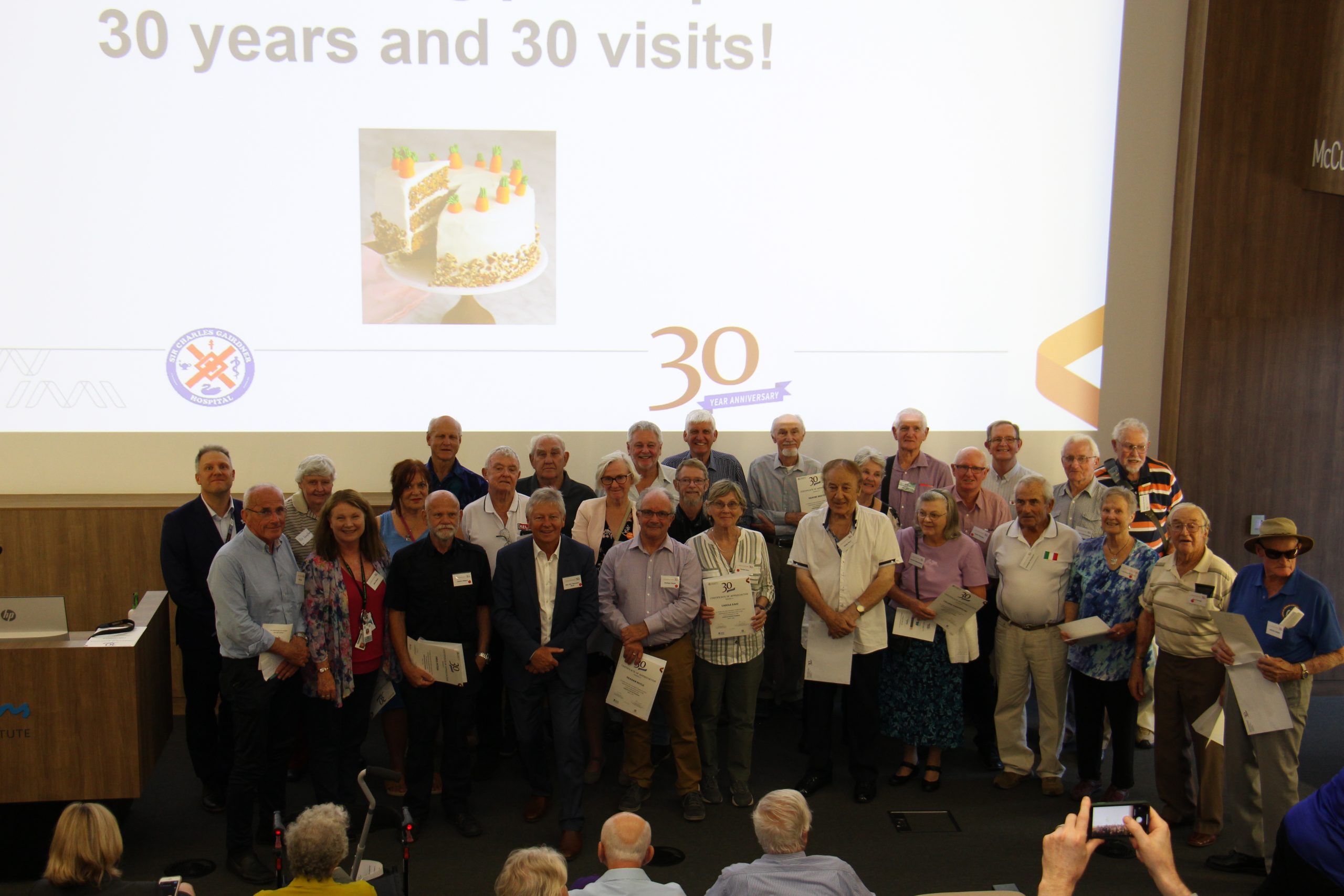 The Asbestos Review Program (ARP) came tantalisingly close to having 5000 participants to coincide with its milestone anniversary in 2020, a year in which it was not always certain that such a celebration would be able to go ahead. ARP Director Fraser Brims welcomed a crowd which included the loyal participants who have managed to come to an appointment every year for each of those 30 years, whether living within or outside the Perth metropolitan area.

Despite the grim legacy of Wittenoom, former residents shared many vivid memories of their time in this closeknit community, and spoke of their love for the landscape, of earning enough (as the Youngs did) to build a house once they left the town (yes, they confirmed, the family home they have lived in since the 1960s is made of asbestos); and of growing their families and keeping their little ones cool on wide verandahs with dampened cloths over bassinets. 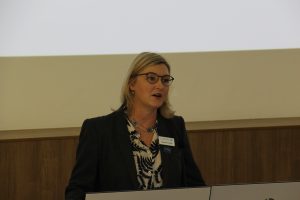 Professor Bill Musk, who began the Asbestos Review Program, spoke of its beginnings when it was the Vitamin A Project (as it is still referred to by a number of participants) – and received an impromptu round of applause when it was pointed out that he had completed 30,000 detailed diagnostic forms. Professor Fraser Brims expanded on the history, and what has been learned from the program, the move to very low dose CT scans, and the diagnosis of lung cancer, in some ways the “forgotten” asbestos caused cancer. Professor Anna Nowak gave an informative presentation on the NCARD research perspective, what we investigate using mouse models, how we have applied what we have learned the ARP cohort, and the newest developments in mesothelioma treatment.

A team of enthusiastic PhD students led tours of the NCARD laboratory for a keen and curious group of twenty, including local MP the Hon Bill Marmion MLA. Mr Marmion spent the first years of his life in Wittenoom, and remembers the blue legs he had in the classroom, due to the asbestos tailings used in the school playground. He spoke of being in a meeting decades ago when Professors Bill Musk and Bruce Robinson met with the minister he worked for then, and confessing that he wasn’t taking the “very large” Vitamin A tablets; Bill Musk, to the surprise of no one in the audience, told him off. Mr Marmion has now signed back on to the program, at Fraser Brims’ encouragement, and intends to talk his family members into doing likewise.

Lucy Conte from the ARP organised certificates for the participants to mark their long connection to this unique and invaluable program, including to Bill Musk, and Nola Olsen, who has been involved for all of the thirty years herself.

The group was greeted by champagne and cake after the presentations. Belatedly, it was realised that the opportunity to give a nod to the Vitamin A program, and make it a carrot cake, had been missed, but the fabulous chocolate cake organised by Lucy was nonetheless thoroughly appreciated. Next goal: 5,000 participants!