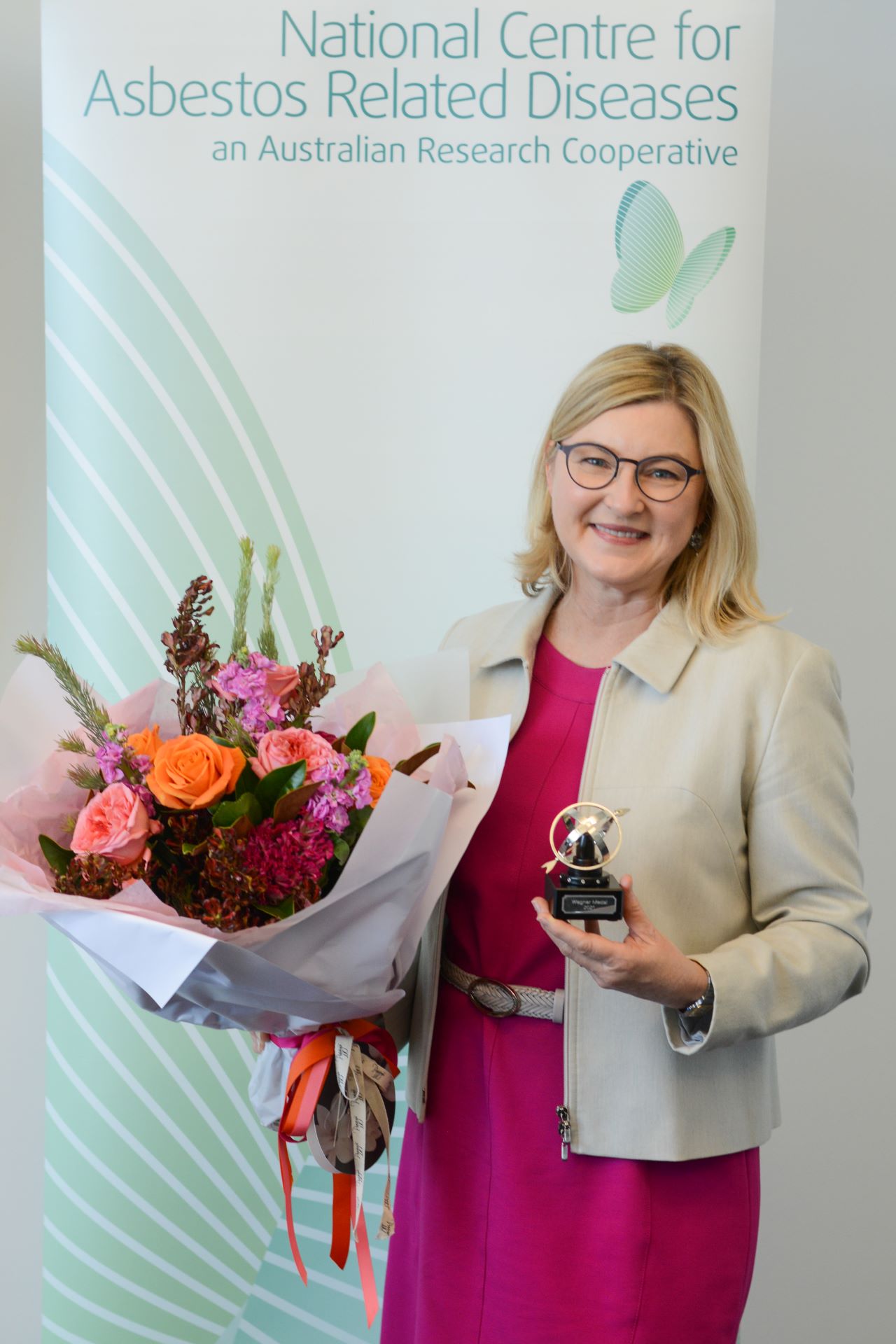 An internationally recognised researcher from The University of Western Australia who has helped improve the lives of mesothelioma patients has today been awarded the world’s most prestigious prize for mesothelioma research – just the second time in its near-20-year history that the award has been won by an Australian.

Professor Anna Nowak, UWA’s Pro Vice-Chancellor (Health and Medical Research) has won the Wagner Medal for her extraordinary contribution to research into mesothelioma.

Professor Nowak was nominated for her diverse research interests and the breadth of the original contributions she has made to the understanding of mesothelioma.

She was presented with the medal by longstanding colleague and mentor Professor Bruce Robinson, who was the first Australian recipient of the award in 2004.

Professor Nowak was one of the first researchers to demonstrate that chemotherapy exerts positive immunological effects, which can be exploited by combining chemotherapy with immunotherapy. She has initiated and led multiple clinical trials, allowing WA mesothelioma patients access to cutting-edge experimental treatments.

“I’m incredibly grateful and humbled to have been awarded Wagner Medal – so many people I respect and admire have been past winners of this prize,” Professor Nowak said.

As well as her role as UWA Pro Vice-Chancellor delivering research strategy and outcomes in health and medicine, Professor Nowak is also Director of the National Research Centre for Asbestos Related Diseases (NCARD), a practising medical oncologist at Sir Charles Gairdner Hospital and a member of the Board of Directors, Cancer Council WA.

The award is usually presented at the group’s biennial conference, due to be held in Brisbane last year but was postponed to a virtual conference that took place this past weekend.